When was the last time you were on roller-skates? Actual 2x2 roller-skates with the front break. For me, probably elementary school. Last Saturday, we went to go watch the LA vs SD jam at the LA Derby Dolls' Doll Factory - located in the Historic Filipinotown neighborhood. Two of us were able to score a sweet deal through Thrillist Rewards for a discount on general admission tickets plus one PBR. 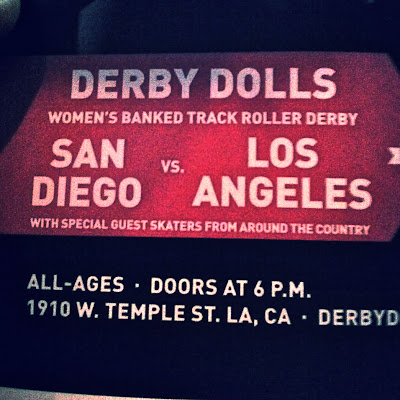 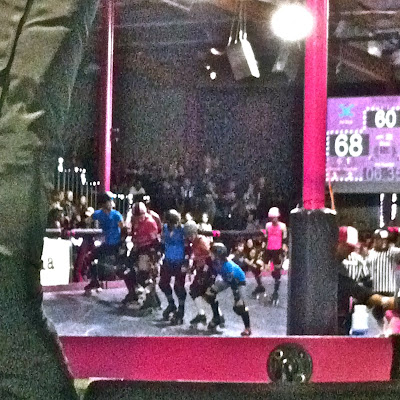 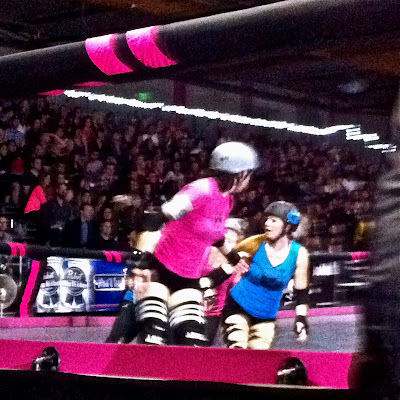 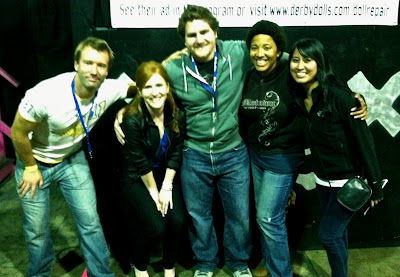 The match itself was fast-paced, exciting and the packed house was just as entertaining as the teams competing - aside from the competition, there were a range of food trucks outside and several different vendors in the adjoining part of the factory. For us newbies that missed the rules video, it took a little while to understand the strategy, but we were able to catch on by the second half. We'll definitely be back again to watch another bout!
Posted by Tawny